2,118,000 is approximately how many people will get married this year. 877,000 is approximately how many people will be divorced by January 1st of next year. Two divorces take place every minute. There are a lot of things that marriage is but lately society has confused what marriage should be with what marriage shouldn’t be. Marriage used to be ’til death do us part, not, ’til one of us is tired of trying.

My husband and I have been married for almost a year and a half now. We have had our fair share of problems, but people rarely see them. We believe that our problems should not leave our house with us when we do, we either solve them or put on a face until we can. This year our marriage was hanging on by a thread after our son was born. I was drowning in postpartum depression and he just didn’t understand. One night I couldn’t sleep, my son woke up crying, and I was so frustrated that I was yelling at my confused, helpless son who was only a few months old at 3 in the morning. Joe woke up after a few minutes into my mental breakdown and immediately snapped. He told me to call my mother to come get me because he was done with me. He made me feel even more broken than I already felt. I very easily could have called my mother to come get me and ran from what happened that night, but I didn’t. We went back to sleep and worked things out in the morning.

In 2016, marriage seems to be more disposable than regular dating relationships. It has become easier to run from commitment than to find safety in it. Marriage does not sustain itself, it requires constant work and sacrifice. Everyday you must work on yourself to better your marriage.

Marriage is what the world uses to define the ultimate definition of love and we have lost sight of what love in marriage should be. When there are problems it has become easier to run to alcohol and sex than it is to run to each other in love.

Marriage is not giving up on each other when things get hard and don’t go the way you want. Marriage itself is not hard, life is hard and sharing a life with someone can be even harder. Marriage has taught me not to grieve the things that I have to sacrifice but to be joyous that it will better my relationship with my husband and my son.

Marriage is trying to work out your problems no matter how big they are until someone stops trying completely. I understand that there are always two sides to every story but once someone is fighting and someone stops trying the past becomes irrelevant and what is happening now becomes relevant.

In preparing for this blog post I looked up various definitions of the word marriage and the one that stood out to me most said that marriage mean to blend and unite. Immediately I thought of smoothies, it could be that I am writing this at 7 in the morning without any breakfast or it could be the thought of how once you put all the ingredients for your smoothie in the blender and blend it, it is impossible to separate them again. Imagine making a strawberry banana smoothie. You are the strawberry and your significant other is the banana, two things that are great on their own but even better when blended together. Now, your problem is the blending process, which can be described as painful and messy, but without the blending you don’t have the satisfaction of enjoying the smoothie that you originally set out to make.

Most people nowadays do a sand ceremony at their wedding which consists of the bride and the groom mixing together two colors of sand. One color represents the bride, and one the groom. If for some reason you are wanting to stop trying in your marriage before you give up I want you to try something. Get two colors of sand representing both you and your significant other, mix them together as one would do in the sand ceremony, then try to separate the two colors. Once you have successfully separated EVERY grain of sand that represents you and your significant other from each other then you can stop trying, but until then fight for your marriage. Fight for love because sometimes love is the only thing that makes sense in this crazy world we live in.

Human Trafficking Awareness: Get The Facts

Connection Error: Being Disconnected to the Best Thing in Your Life 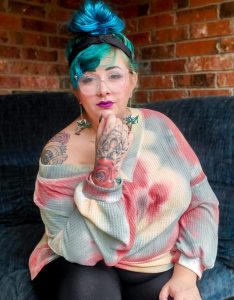