Lately I have been very absent from social media and the blog, more absent then I would have liked to be. After everything happened with Joshua my life and my job (cough, cough, this blog) just got put on hold. Even though it happened a month ago I still remember it all so vividly which is why I am FINALLY sharing what happened and our Cooks experience. Be warned this post will be a bit on the long side. (It will also have a lot of photos because if we are being honest hospital lighting is insanely perfect for photos!!!)

Honestly a lot happened that led up to Joshua being hospitalized so long story short he had a small stomach virus that got out of control before we could take him to the doctor and his kidneys shut down.. they stopped working. It was my birthday when it all hit but it was also Thanksgiving week. Joe was working long hours and I was preparing for our trip to Lubbock. I figured Joshua had something to eat that didn’t set right so Joe and I decided that once we get home if he isn’t better…then we will take to sick time. Well during our trip Joshua got progressively worse. He didn’t want to eat or drink, he just wanted to sleep.. it didn’t matter where, all he wanted to do was sleep. Some days were better than others but the day we left Lubbock to come home his diaper was dry from the night before and he was throwing up… again. I forgot to mention that he had been throwing up and had diarrhea since the beginning..oops. Once we got to the larger town, about 30 minutes from home, we took him immediately to the ER. The kept him over night pumping fluids into his body hoping that would help BUT it didn’t. He was up almost all night, he couldn’t get comfortable and every time he moved he would throw up.  He even threw up on my brand new Supernatural tee at least it was black haha. Early the next morning his Pediatrician came in and told us that Joshua’s kidney’s were continuing to shut down during the night and that there was nothing more our local hospital could do. We were then told that Joshua was going to be transported by ambulance to Cooks Children’s Hospital in DFW.

Now that the backstory is out of the way.. here is our Cooks experience. I warned you that this post was going to be long.

I was overwhelmed from the second I stepped foot in the ambulance.. honestly I was overwhelmed before then but everything became real at that point. The driver told me multiple times to try to sleep and to relax, he even played some old school rock which helped me clear my mind a little bit. Every time I dosed off I would hear Joshua whine and I would wake back up. Once we arrived at Cooks we were immediately sent to a room in the PICU (Pediatrics intensive care unit). Once we got there it was go time.. nurses were doing everything to keep Joshua comfortable and multiple doctors were telling me information left and right. Once Joe arrived (he had to drive separate since only one of us could ride in the ambulance) they prepped Joshua for dialysis and I had my first of many Starbucks drinks. Thank God for shots of espresso… am I right?

We spent days in the PICU but the staff was so friendly and so helpful. Joshua must have “watched” all the movies on the programmed TV before we out of there. After his dialysis, he had a blood transfusion. Within the next day we were in a regular room and out of isolation. Joshua loved all the wagon rides, in fact it was sure fire way to get him to smile!

Once out of isolation Joshua got to do all sorts of things. He got to play outside with his dad, saw some fireworks, and even meet some of the Dallas Cowboys. I honestly have a whole new respect for the team after that day. Since I am not from Texas, I was not a Cowboys fan at all and actually did this for Joe who is a huge fan but decided to sleep instead. I don’t really think Joshua understood what was happening but he sure like the interaction from the players and of course, the cheerleaders. Now I have a whole new respect and love for the team… and bragging rights because I got to meet some of the player while Joe slept. Win, Win for me and a Lose for Joe.

After Joshua was out of PICU and had energy to move again he did not wanted to be cooped up in the hospital bed at night. Most nights he didn’t sleep and most days he didn’t nap. It was the worst. At one point Joshua was napping one the couch-bed with me after putting up a fight for two days and she just backed out of the room quietly so he could rest. When we couldn’t get him to sleep in his crib we did everything to get him to sleep with us.

The tantrums were unreal… Honestly the only nurse who really able to keep him calm at night and didn’t wake him was the nurse we had the last two nights. She was magical, Joe and I both wanted to take her home with us.

Cooks was so welcoming to our family and as cozy as a hospital can get. Because of this situation we didn’t have Christmas lights or even a tree when we got home but I had all the Christmas I needed while we were there. The whole outside of the hospital was decorated so radiantly. They even had a tree lighting ceremony with fireworks that Joshua got to enjoy.

Now, Joshua has to go back once every two weeks for appointments and labs. As of right now his kidneys are functioning properly but the doctor said that they are still extremely fragile so the slightest bit of dehydration can cause them to shut down again. His health is still pretty rough as he was diagnosed with RSV last week so he is being covered in prayer and under watchful eyes 24/7.

Cooks saved his life and I now know that he was not only in God’s hands but he was in good hands at that hospital. Thank you for everyone who prayed for him as well as donated or sent gifts (or offered because I suck at accepting donations). It means the world to my family and I know one day it will mean the world to Joshua. I hope to get back on a routine of sharing content with you shortly. Once Joshua’s RSV goes away I will be able to go out and take some photos for some awesome posts that I have coming your way. If you have any questions about our time at Cooks please do not hesitate to reach out, or if you need prayer for anything… because I know firsthand how draining these situations can be. 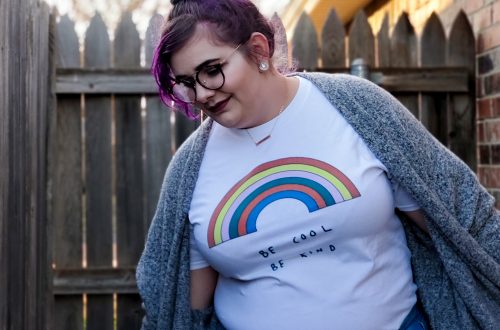